The Victoria Arts Centre Project – the story so far…

“A town with such a thriving creative community deserves a dedicated performance facility and it is clear that the ambition has extensive community support.”

By Mike Bull, Leader of the VA Team

The ambitious Victoria Arts Centre project aims to create a new Arts Centre for the Glossop community, whilst saving one of the town’s most important Victorian buildings which is a Grade 2 Listed Building.

The project originated in November 2015, when I wrote a Vision Strategy for the transfer of the building to a new charitable body for its preservation and conversion to what was called the Victoria Arts Centre. That led to the creation of a strong partnership between a team of skilled and experienced local people and HPBC. Much work has been done in the interim and the project progresses.

This blog updates and tells how things stand including through the impact of the current global pandemic.

The opportunity to restore and revitalise the Victoria Hall arose as a practicable project when Derbyshire County Council (DCC) decided to close the public library in the Hall and build a new state-of-the-art library in an annex to the Adult Education Centre. This meant that the building became vacant. More importantly, there were no other proposals for any future uses in the building.

The project plans to sympathetically restore this attractive historic building in Glossop, and maximise the scope and space within the Victoria Hall to create the new cultural arts venue to include a 250-seater auditorium on the first floor, a performance space for theatre, dance, music, comedy and film, space for events such as ballroom dancing, a cafe with catering facilities, an art exhibition space and facilities for workshops and meetings.

The vision is ambitious but extensive professional and independent consultancy work was commissioned in 2018 to assess feasibility, prospective viability and sustainability.  Glossop, at present, does not have any comparable facilities and many activities can only take place at a small scale in other less flexible spaces and buildings such as churches and community halls. A town with such a thriving creative community deserves a dedicated performance facility and it is clear that the ambition has extensive community support. This has been demonstrated through numbers of “meanwhile uses” which have taken place since 2019 when these were initiated in the ground floor. That has led to the formation of a community group of volunteer supporters called the “Friends of the Victoria Hall”.

A clear need for an arts centre

In April 2019, the ground floor of the Victoria Hall came back into community use. Re-opening this floor was undertaken to test the levels of community support for the project. The re-opening obviously happened long before any major work could start but was vital for several reasons; being able to show that there really is community commitment and support for the VAC project was one, but it was equally vital that it could be shown that there was community ambition for the project so that potential funders could see hard evidence of use and need for the facility. Guided tours of the building were initiated to show the potential during 2019 and at three heritage Open Days. These elicited extensive positivity and enthusiasm, and it was clear that there was a need and a requirement for the plans.

The establishment and growth of the Friends of the Victoria Hall (FOVH) and the growing army of volunteers bolstered the vision, and helped to develop ideas, plans and ambition.

The impact of Covid-19

In March 2020 the dreaded Covid-19 struck and brought with it a series of lockdowns which impacted freedom of movement and the ability to relate to people and groups directly. It also stopped all active artistic performance at every level other than online. Sadly, almost all activities in the Hall had to stop, although two programmes have continued through lockdown as they each help those with needs and with music for young people – both being Covid compliant, of course. Who knows when things will return to what used to be “normal”? Only time will tell…

Immediate challenges and work to the Victoria Hall building

Other factors have also had a limiting effect on activities in the Hall and the team are working to resolve these issues. They are necessary for improved fire escape arrangements and improved toilet and kitchen facilities. These limit numbers allowed in the building to a maximum of 60  and that is irrespective of Covid considerations. The first floor is still inaccessible for safety reasons.

Happily, though, things are moving forward even if more slowly than we would want and, of course, nothing is visible yet. In regard to the fire escape arrangements, there used to be an internal door on the western side of the building which had been plastered up. It was opposite the one on the eastern side that everyone uses to enter the building. There are plans to open that up again, which will bring much safer access to fire escape doors on that side. When that is achieved, and also some minor works to the outside steps, then potentially the allowable capacity can be increased.

The works require a formal Listed Building Consent (LBC) and that is in hand. The plan is to get that consent and then get the works done early this year. Specialist members of the VAC Team are helping with the LBC application and some funding for the works is available. Time will tell whether that will be sufficient, though!

The role of the FOVH is vital for both the short term and the long term for this building, for the arts centre and the future hub in Glossop for creative activities in the community.  The power, enthusiasm and commitment of volunteers is invaluable. This has been led by Sonja Quirk and her commitment has been immense.

On a brighter note, the Glossop Arts Project (GAP), which provides Arts for Wellbeing for people with long term mental and physical health conditions, has been busy producing various displays in the beautiful windows of the Hall during the pandemic – these creative displays included themes around VE day, the birthday of the NHS and World Mental Health Day. GAP is working closely with FOVH to ensure the Hall continues to keep “in contact” and stays relevant with the community.

FOVH is now formally constituted, and has officers with a Secretary, Treasurer as well as Sonja as Chair and a heavily committed committee.

The Glossop Creative Trust has taken on a major role in working with both businesses in the Glossop area, voluntary organisations and HPBC. The work is around strengthening the local economy which is even more essential now given the effects of Covid and other challenges. It seeks to support, bolster and rebuild the independent creative community as it battles through the pandemic and beyond.  “Glossop Creates” is the branding of that initiative and the Trust’s wide-ranging economic regenerational aspirations.

GCT’s work, heavily steered by Placemaking Consultant Claire Tymon, is both crucial and relevant at this time. Claire has successfully applied for funding from the Arts Council to create the new website aims to bring together the town’s independent creative businesses as a supportive force for good.

If you would like to find out more about any of the projects, register your interest or volunteer, please do to hesitate to get in touch with FOVH. You can raise any  questions with me at mike@crowgreen.eclipse.co.uk  or can contact FOVH at  fovhglossop@outlook.com 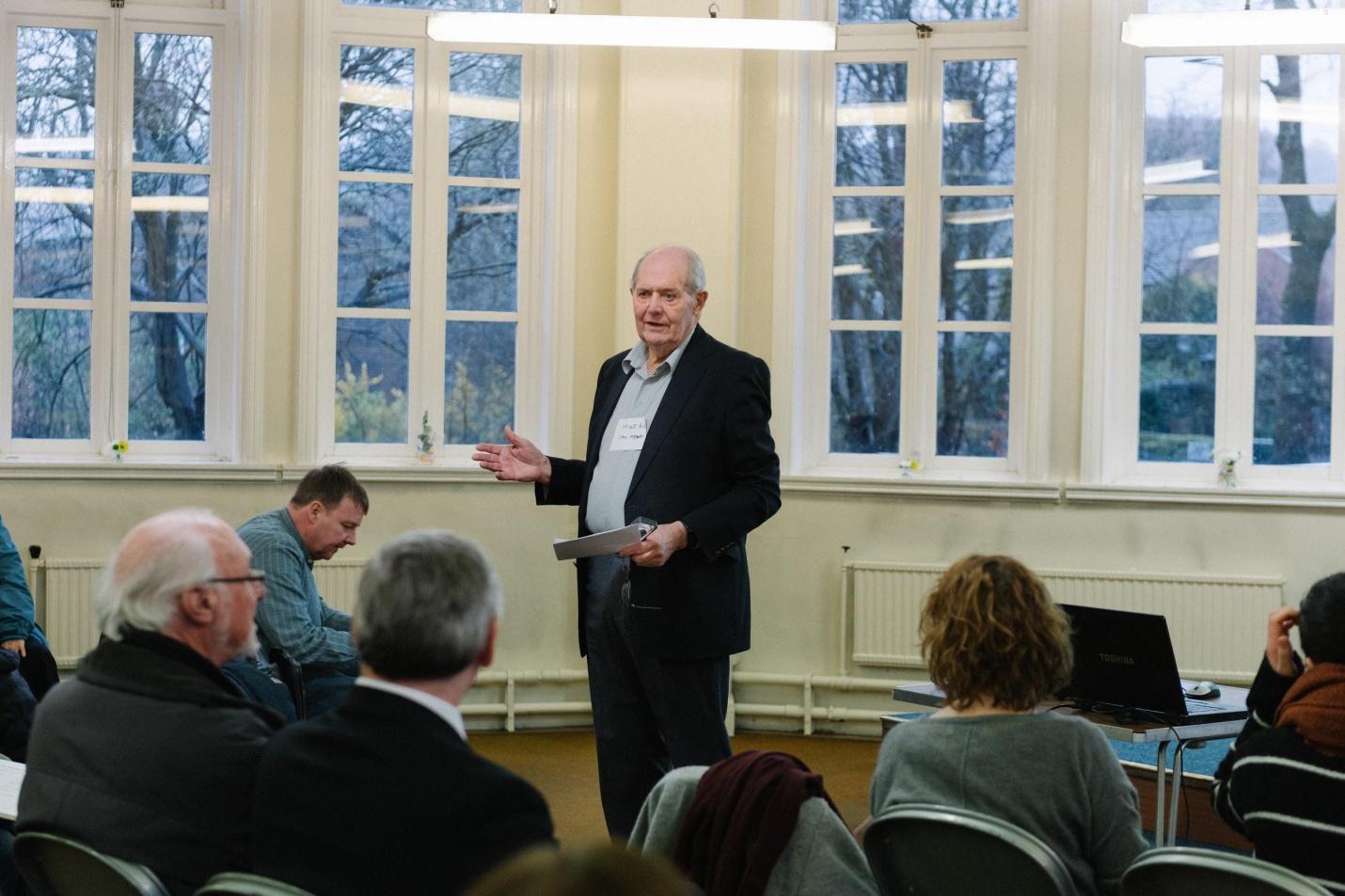